With all the talk about the metaverse, the 2000 cyberpunk novel Snow Crash that popularized the concept has been in the news. Reality has also been catching up with other key ideas proposed by its author, Neal Stephenson.

The book paints the picture of a near-future where the pizza business had been taken over by technology-heavy corporations, including a totally legit CosaNostra Pizza, Inc. Deliverators are a sort of katana-wielding DoorDash driver on steroids, driving souped up, battery-powered cars. “Your pie in 30 minutes or it’s free” is the promise, prompting customers to want to lie about when they placed their order.

The analysts at CosaNostra Pizza University concluded that it was just human nature and you couldn’t fix it, and so they went for a quick cheap technical fix: smart boxes. The pizza box is a plastic carapace now, corrugated for stiffness, a little LED readout glowing on the side, telling the Deliverator how many trade imbalance-producing minutes have ticked away since the fateful phone call. There are chips and stuff in there. The pizzas rest, a short stack of them, in slots behind the Deliverator’s head. Each pizza glides into a slot like a circuit board into a computer, clicks into place as the smart box interfaces with the onboard system of the Deliverator’s car. The address of the caller has already been inferred from his phone number and poured into the smart box’s built-in RAM. From there it is communicated to the car, which computes and projects the optimal route on a heads-up display, a glowing colored map traced out against the windshield so that the Deliverator does not even have to glance down.

Back to our 2021, we are seeing technology that in many ways surpasses these concepts. The Deliverators are now self-driving robots, like those offered by Nuro, Kiwibot or Tiny Mile. These robots drive on city streets or sidewalks, bringing food, groceries and other goods directly to consumers’ doors.

Deliveries in particular are one of the biggest challenges for pizzerias. While Stephenson couldn’t have known we’d move away from the ‘30 minutes or its free’ model for safety reasons, staffing challenges and fuel costs of late have not made it easy for anyone in last-mile delivery. I’ll be exploring this topic much more at an upcoming free webinar that we’d love for you to join us at.

That said, there have been a lot of advancements made in PizzaTech lately. 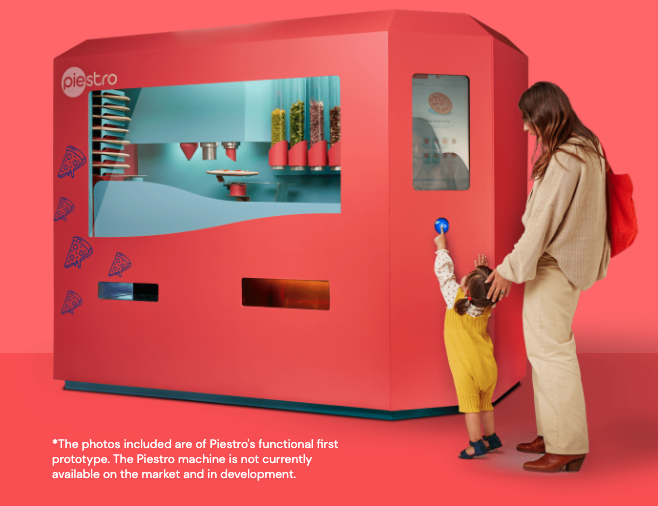 You can walk up to a kiosk and get a freshly made pizza in 3 minutes instead of 30. Piestro has designed robots that make pizza at a fraction of the cost of traditional pizzerias. Do you own a pizzeria? No problem. Picnic offers a modular, easy-to-use, automated pizza assembly system. 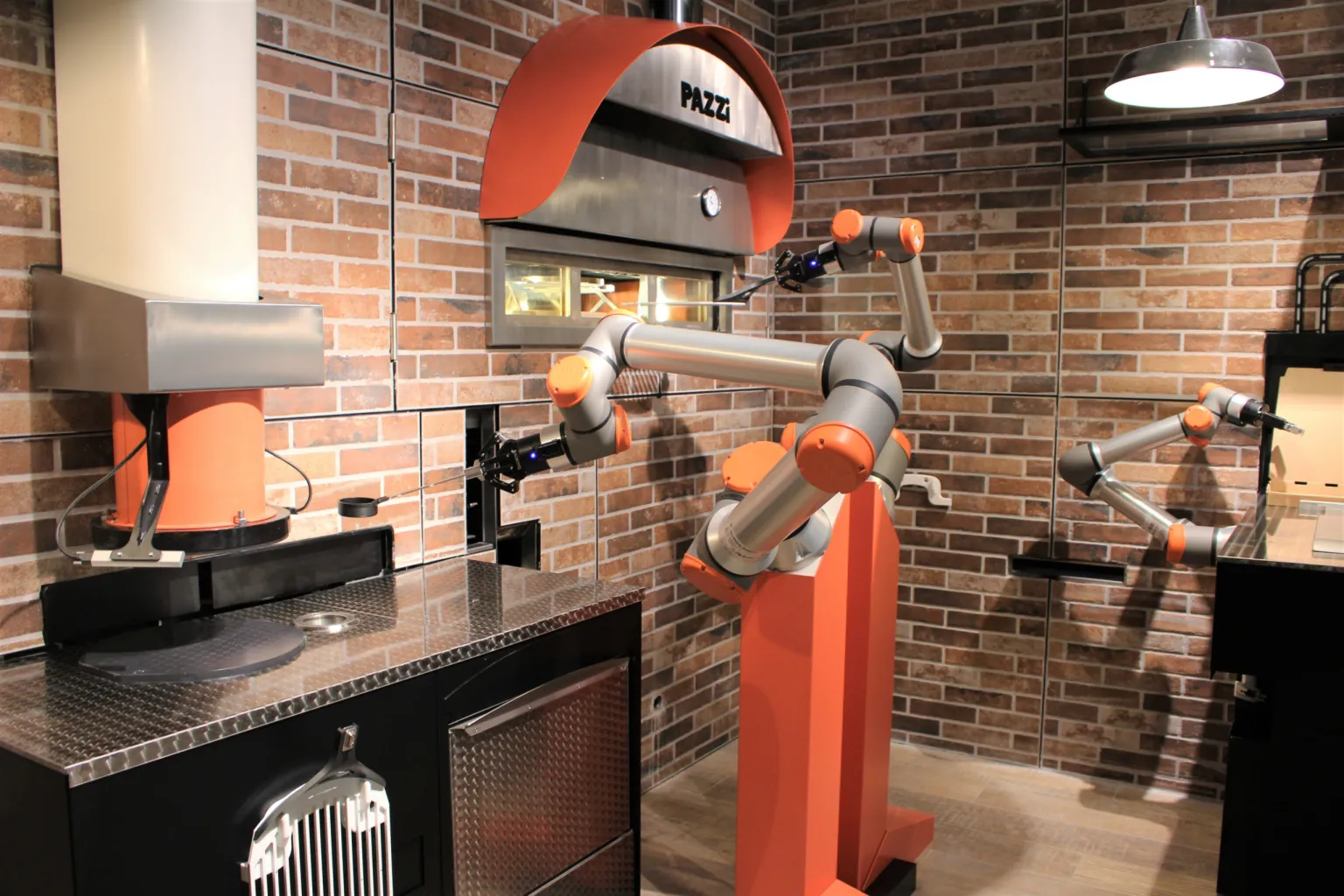 In France, Pazzi robots are able to prepare a pizza in 45 seconds, can bake six pizzas at a time and produce 80 pizzas per hour.

Short on front of the house staff? Robots like Bear Robotics can deliver pizzas and much more to the tables.

While there have admittedly been some major pizza failures along the way (I wrote about it last year), there’s no denying that robots love pizza almost as much as humans. I, for one, welcome our robot overlords, as long as they’re bringing pizza.